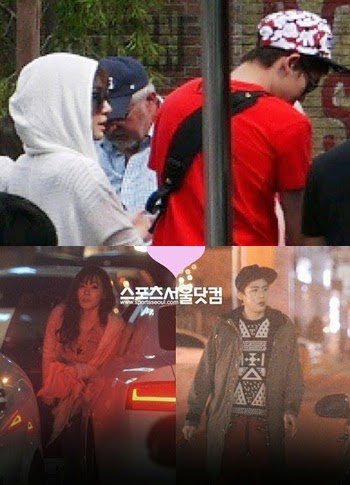 Tiffany of Girls Generation and Nichkhun 2PM continued to be the center of attention since the release of dating. Now, a netizen claimed to meet them on a date at Disneyland a few days ago.

Sports Seoul published a photo of a date in Disneyland and the talk netter in various online forums. The media claimed that the photo was taken three days ago from a source who accidentally saw Tiffany and Nichkhun there.

The Netter itself seems to respond positively to the dating Tiffany and Nichkhun. They even objected to the outstanding photo because it will make them uncomfortable dating.

" Please do not disturb them . They also want to date like a regular couple, " said Netter. " Things like this that make celebrity girlfriend refuse to publish , please respect their privacy, " said the other. " Nice yes , after proving the date now being followed. "