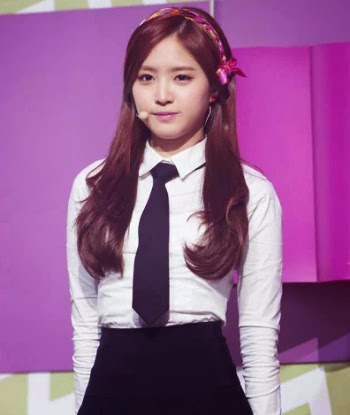 A Pink has a smooth image, but that does not mean can not drink alcohol. Na Eun Ji Eun was leaked that the most good about drinking alcohol among the other members.

This was revealed by Na Eun as a guest quiz show "1 Versus 100". At that time he was asked about his ability to drink alcohol MC. SHINee Taemin vitual wife in "WGM" it is already entered legal age and just being a student.

However, Na Eun pleaded not hold drinking too much alcohol. "I was so red when drinking even just a little, so I could not drink a lot," he said.