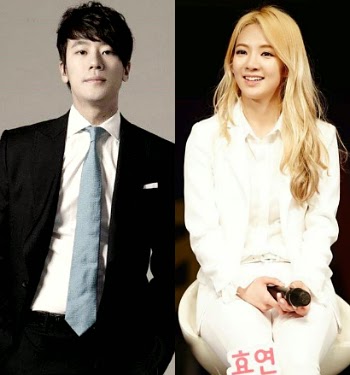 Cases of alleged beatings that happened Hyoyeon Girls Generation had caused quite a stir at the beginning of April. Although BC has provided a statement of the case, but a variety of speculations and rumors continue to grow among netizens. Not wanting to be a protracted, Kim Jun Hyung, the man reported to police Hyoyeon finally go to vote.

The man who was later known as the ex- girlfriend 's Hyoyeon revealed the actual incident that happened that night. CEO of a global company revealed that in fact he never reported to the police on charges Hyoyeon beating. However, due to a misunderstanding, the report misinterpreted as cases of beatings.

" I received more than 1000 messages in KakaoTalk. Makes me know how scary media. I want to say to everyone out there who feel disappointed with Hyoyeon as a result of this case that he is actually an amazing woman, " said June Hyung . "I was afraid Hyoyeon fell because of a slip . Reach 5 meters high and I was very scared . Though I thought it was a joke, he could get hurt and something wrong could happen . That's why I think I need help police. "

" I called the police for help, but my report misconstrued as a case of persecution, " he added. " There are many rumors circulating at all I can not understand. Hyoyeon If you guys know, the rumors would not be appearing . Imagination of people is sometimes too wild. Hyoyeon is a very nice person and likes to liven things up. He is also very close with other SNSD members like family. "

" He was always smiling and happy to spend time with parents, siblings and his dog. He's not the type of person who likes looking for attention with rumors like that, " he said. "He's a hard worker and always wanted to show a good image. "

" I also want to clarify that we did not break up because it's April Fool's incident. We 've been best friends long before that. He was the kindest, honest and positive I've ever met, " said June Hyung. " We still stayed in touch today and ask about each other. "