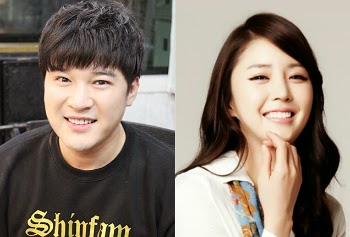 I wonder what the strategy being played SM Entertainment by letting one by one artist announced their romance. After the recognition of some personnel of Girls ' Generation that went public with their respective lovers, now turn Shindong.

Friday, April 11th , SM Entertainment confirmed the news that Shindong has a girlfriend who is a model . She is a beautiful model Kang Shi Nae.

Shindong togetherness and Shi Nae photographed while in the IFC Mall in Yeouido , Seoul . At that time, Shindong was holding hands tenderly Shi Nae, do not care about the people that are around them. Both visited the bookstore and talked a lot about music.

" They met through friends and eventually began to close. They had just finished a lover, " said a spokesman for the agency.

During this type of Shindong is known as a loyal and humorous with Nari , his fiancée. Unfortunately , Shindong engagement with Nari should end in the year 2010 with reasons that are unclear.