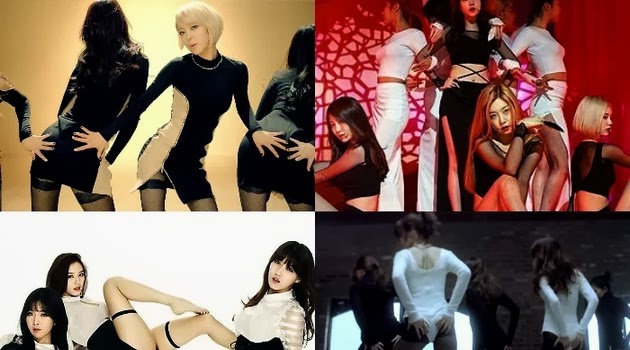 After many girlband started the action in the year 2014 with a new single and sensual movement in the choreography , now Korean Communications Standards Commission ( KCSC ) finally take decisive steps . They prohibit the movement of any music sensual choreography .

As you know, pretty much sexy girlband who brought the concept to attract the attention of fans in January and February. Starting from Dal Shabet , Girl 's Day , AOA , Rainbow , Stellar and others .

To prevent that , KCSC has warned a number of staff such as SBS TV " Inkigayo " , KBS " Music Bank " and MBC " Music Core " . For the future , the girlband will likely be required to replace them all at once sexy costumes MV choreography so they are not banned .

According KCSC , sensual movement of young musicians that had crossed the line and it is feared could be a bad influence to the younger generation . Although there are some netizens who think that regulation was too late because many have completed the promotion period , but most regard the new rules could be applied beyond.

Previously , Dal Shabet been forced to change the choreography and costumes song " Be Ambitious " because it was deemed too sensual .