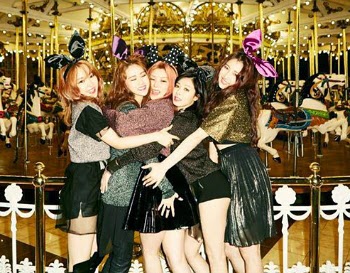 Just released a new song 4Minute yet but was already controversy. One of the songs in the new album later 4Minute has denied SBS to broadcast their music on the show .

The song is " Come In " sung HyunA and Gayoon. SBS objected to the title and lyrics of " Come In " which tells the feelings of a woman against the man . The lyrics were considered too sensual so inappropriate for broadcast on television .

" We have no plan to ask for consideration again on SBS , " said spokesman Cube Entertainment . " We 've escaped from MBC assessment and is awaiting a decision from KBS . "

Cube felt that " Come In " does not violate the rules in the context of K - Pop trend today. So that they are no plans to change the content of the lyrics though it was rejected SBS .

" We think this is because the content of the lyrics are more mature , " said the spokesman . " In the view of the agency , it is menungkapkan feelings using metaphor but others believe differently . "

4minute will comeback with the release of the album " 4minute's World " on 17 March. Hit singles who would they promote titled " What Are You Doing Today ? " the teaser photos have been released in recent days . This time 4Minute using the concept of the theme parks with a vintage feel .