Is it true that SNSD Jessica and Tyler Kwon Just Friends ? 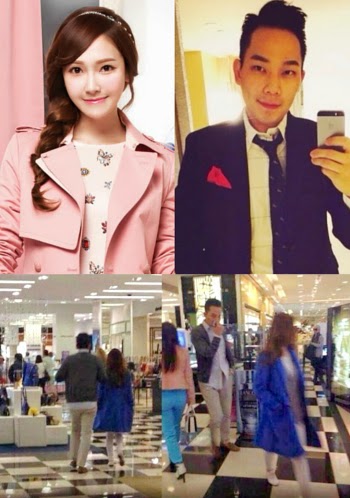 Jessica of Girls ' Generation into the media spotlight with reportedly already has a lover . He mentioned having an affair with the former girlfriend of Hong Kong celebrities Gillian Chung. SM Entertainment has now denied the issue .

Jessica claimed dating with Tyler Kwon since last year and several times seen out together . Tyler is the CEO Coridel Group whose business investment in the Korean entertainment industry. " Gossip is not true. Jessica and Tyler are not going out. They just friends, " said a spokesman for the Enews.

WOW-TV reported that Jessica first met Tyler in Hong Kong in 2013 and started dating since then. Jessica often alternating Korea - Hong Kong to meet the man graduated from the University of Michigan . Tyler reportedly always been cordial to Jessica during the flight and hand in hand .

Reportedly , Jessica and Tyler affair it has become common knowledge among the people . Tyler himself has many celebrity friends in Korea , including G - Dragon , and had come to the premiere of " GI Joe : Retaliation " in Seoul last year .

Jessica Tyler romance rumors with the emergence stems from their photos on the internet . In the photos it looks Jessica wearing a white dress photo with 3 men , with next to Tyler . The photos were taken during the event claimed Huading awards in Macau in October 2013 .

Additionally it also circulated photos of Jessica shopping alone with Tyler . Jessica looked casual attire , accompanied by Korean American men that are equally casually . Netter said the fact the fans have long heard the rumors of new media but look for it because Jessica statement on " Radio Star " recently.