Sooyoung SNSD Want Dating Without Revealed to the Public 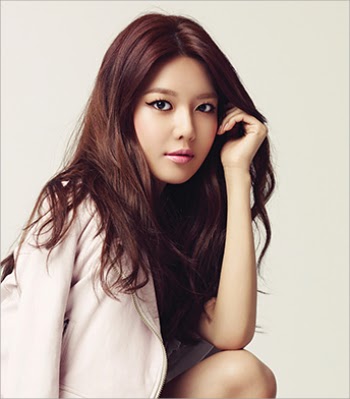 Last year Sooyoung of Girls ' Generation was in the spotlight when it was rumored dating with actor Jung Kyung Ho . Agency Kyung Ho himself had denied the rumors. But a year later SM confirmed that they had been dating.

The confirmation was made ​​public because of a scene simultaneously also Yoona admitted going out with Lee Seung Gi. Now what Sooyoung 's own response on the incident?

Disclosure of relationship Sooyoung and Kyung Ho was also asked when the members of SNSD guest star MBC radio. " I'm going to ask sensitive questions. If do not want to answer you can replace it with the singing, " said DJ Park Kyung Lim.

" Having a relationship asmaramu revealed to the public , do you feel it is the best thing? " Kyung Lim asked the short answer. " No, " Sooyoung said firmly.

" Do you expect the relationship asmaramu remained closed to the public forever ? " Further Kyung Lim . But this time no answer and Sooyoung sing a line of the lyrics of the song SES titled " Dreams Come True " .