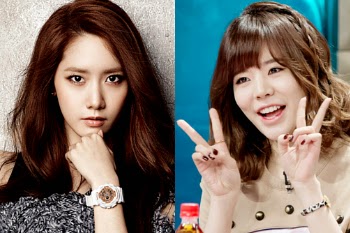 The members of Girls ' Generation appeared on the " Radio Star " without YoonA . Yoona 's absence makes the host " Radio Star " and was wondering curiosity .

" When we asked why he did not come to this event , YoonA and just said sorry straight away , " said the host " Radio Star " . Initially , Sunny seemed doubtful how to answer , but he then explains the absence Yoona while joking .

" That's because he ( Yoona ) are afraid you will finish him, " joked Sunny. Since admits affair with Lee Seung Gi, YoonA is much become perbicangan . In addition , the series in which he stars alongside Lee Bum Soo , " Prime Minister and I" was also unsuccessful and got a low rating .

Sunny Hearing this , Kim Gu Ra joked that he actually waited for Yoona to inquire about the failure of the series . " And I wanted to comfort him as ' Prime Minster and I was not too successful , and advised him to go out with Lee Bum Soo , " quipped Kim Gu Ra .