MR.MR Agency Name the song Just Because SNSD Owned Hurt in BC 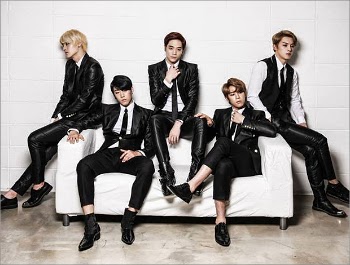 Some time ago the boy band released a song titled MR.MR equal to that of Girls ' Generation. They admitted deliberately did so continuously criticized netter. Now the CEO of the agency MR.MR give another statement.

Winning Insight CEO, Lee Sung Ho, said it has no bad faith on SNSD. He admits it wants to insinuate SM Entertainment for choosing the title song create MR.MR name disappeared from the list of online search . He complained about the existence of " Mr.Mr " make her care group does not show up in the search for buried SNSD 's songs.

" A lot of people asked if we were ' attacked ' just the same as the title song , but when seen again , there are different things here . Thing is different between using the same title vs. using rookie group name that is currently being promoted with the title of the song . They say we do it so quickly famous. "

" After the title song of big names like SNSD released the names we instantly disappear from the internet . 5 albums we release over 2 years buried under ' Mr.Mr ' SNSD . So that appears on the internet is the MV SNSD , not our group profile MR.MR. "

Winning InSight SM feel slightly let menjuduli many SNSD songs with " Mr.Mr " despite already know there is a group called the same . Party agencies also do not feel there is a problem because BC representatives who met him did not ask for it specifically . Winning Insight also recognizes naming the same title is also for nebeng popularity of SNSD .

" BC and the other says our marketing strategy with their nebeng . Yeah , it's true . Were it not for the action of tyranny BC then we will not use this as a marketing strategy . Because if we group under the age of 2 years agency JYP / YG then if BC would dare do such a thing ? "

" It is a time of oppression do not care about the hard work that is not well-known rookie group of small companies . Though this little voice and my act and direct buried because they are so big but I would still speak out . Sweat Because we are also equally important rather than just watching . "