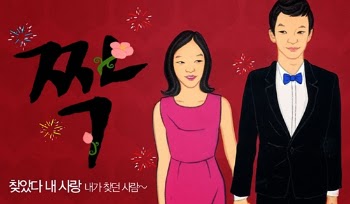 Suicides re-coloring the Korean entertainment world. This time, it happened to a case of looking for a mate event attendees produced by SBS station, " Couple". Currently, the variety show was undergoing the process of shooting in Seogwipo, Jeju Island, South Korea.

" Crew show " Couple' deplores this incident and condolences. Prayer we always accompanies the bereaved family, " said SBS . "We also expressed our regrets to the other participants who underwent filming together and feel sadness because of this incident. "

" We will do our best to take the next step, " he added. " Once again we apologize and 'm sorry . We will also strive hard to ensure that such incidents do not happen again in the future. "

SBS representative also said women contestants still have to undergo the actual filming of the scene again in the event . According to the police investigation , they discovered that the woman had talked to his friend that he likes men contestants chose instead to other women . Police are still investigating whether it be one of the motives of the woman's suicide.

Allegedly he did hang himself using a hair dryer cable . Police also found a piece of paper containing his last message that says, ' Mom and Dad , I'm sorry. I do not want to live anymore.  " Couple " is a variety show that to match a number of male and female participants to engage in a week-long vacation.