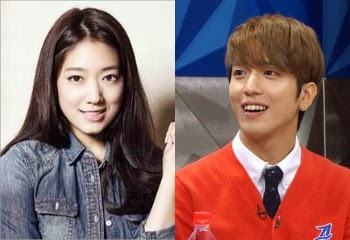 At the beginning of serial production process " Heirs ", CN Blue's Jung Yong Hwa became a strong candidate one main actor . However , the 24-year -old actor decided to step down and choose starred on " Future Choice" is not too high ratings.

Yong Hwa also claim to have their own reasons why he chose to leave the " Heirs " . Though the series turned out to be successful and make the players more and more popularity skyrocketed .

Surprisingly, one reason is because he does not want to re- compete acting with Park Shin Hye . Yong Hwa is often starred with Shin Hye include " He's Beautiful " and " Heartstrings " . In fact, because it was so strong chemistry between them , a lot of fans who had thought both were involved romance .

" I want to try a new role in addition to the character of the students , " said Yong Hwa on " Radio Star " . "In addition , Park Shin Hye is the heroine and we have often acted together . I think if we compete acting career again it will destroy us . "