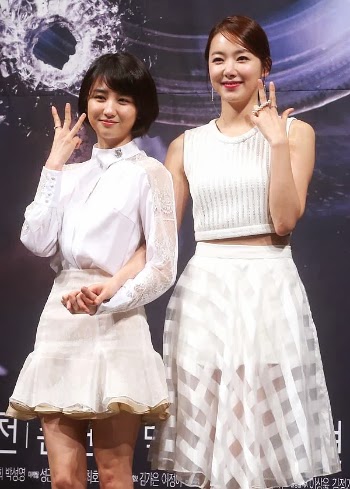 In the series , Park Ha Sun will act as a local police officer , while So Yi Hyun plays a SWAT team . Park Ha Sun said he wanted to change his image by " Three Days " . Because the players series " Dong Yi " has never played a character that is strong and resilient .

" Actually, people consider me weak . This time I wanted to show that I'm strong . Myself I wanted to show a different than usual through the character Yoon Wo Bon , " said Park Ha Sun . " Wo Bon Yoon is a local cop who is relaxed and friendly . "

While So Yi Hyun felt attracted to script the series. Yang Shi- Ohn Starring in the series " Who Are You " was previously undergone an acting school . That is because he had a role as a detective .

" The script is good and I'm excited to be working with great seniors , " said So Yi Hyun . " Some time ago , I get a role that requires that I follow the school of acting . Fact, until today , I was also preparing for a role as an officer . I do it as much as possible in order to act as a diving officer . "

" Three Days " is about the struggle of a member of an elite team of bodyguards President is trying to find a president who lost after heard a number of shots . The series also starred Micky Yoochun of JYJ , Son Hyun Joo and Yoon Je Moon . " Three Days " will premiere on May 5 at the station SBS .