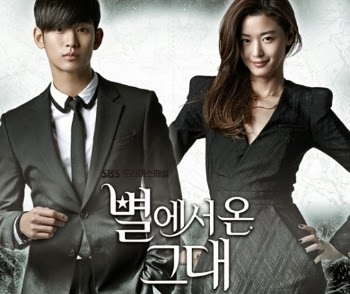 Some time ago a comic artist Kang Kyung Ok will cast a lawsuit against the series " Man from the Star " because of alleged plagiarism . At that time, the production of the SBS series , HB Entertainment , said he would welcome it with open arms demands . They said they would undergo all the necessary legal processes if Kyung Ok decided forward to trial .

However , plans lawsuit Kyung Ok it was only a figment . Party production continues to wait for the development of the case and tried to contact Kyung Ok to rectify this problem . Now , HB Entertainment also plans to sue the author behind the comic " Seol Hee " is.

HB Entertainment assess Kyung Ok actually just want to take advantage of the series , starring Kim Soo Hyun the sake of popularity of the comic . Local time on February 5 , HB Entertainment announced it will file a lawsuit in this regard through the Hanshin law firm . They also have to send proof of copyright infringement Kyung Ok used to promote the comic .

" We will consider further the case with the alleged exploitation of the series ( ' Man from the Star ' ) for the sake of the popularity of the comic book , " said the representative of HB Entertainment . " We also have evidence of Mister Blue website that the parties concerned may violate copyrights by including the name of the protagonist of the series. " Since the case is sticking popularity of comics " Seol Hee " is instantly skyrocketed . Until now , HB Entertainment is still waiting for a response from Kang Kyung Ok they layangkan subpoena related to the comic side . However , Kyung Ok not respond to the subpoena until the announcement was made .