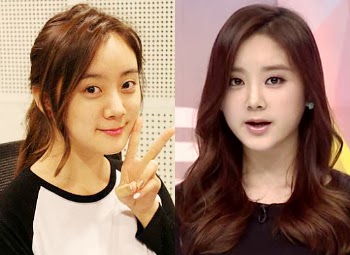 The plastic surgery Hyerim suspicion arises since there is upload a new photo on internet forums . Photos from Hyerim appearance as MC event " Pops In Seoul " on Arirang TV. According to netizens, the member from China's face now looks much different from the first.

" His face deh different , even a strict diet will not make any difference as far as that, " said Netter. " His nose looks different , but it could be because of the makeup . Difficult for sure, " wrote another netter. " Actually not really matter if it recognizes the plastic surgery . It 's a normal thing. "

JYP Entertainment agency also issued a statement as the Wonder Girls . They argue Hyerim have operated on her face . Drastic changes were only due to the effects of diet and camera angles .

" As you know , girlband very concerned about diet , " said agency representatives Newsen . " Hyerim only slightly lose weight but looks like a much different because the camera angle alone . "