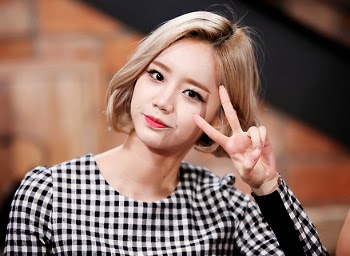 Girl 's Day Hyeri could make fans worried when she suddenly fainted on stage " M ! Countdown " last January . Now that ex- lover Tony Ahn reveal the actual illness he suffered at that time . He turned out to be swine flu that made ​​him feel weak.

" I know how valuable each of our performances , " he continued . " Not really felt that I did not appear for the sake of the fans . I definitely feel guilty for other personnel ( if not performed ) . "

At that time the only agency said Hyeri flu and received treatment at the hospital . Girl's Day 's maknae even still look pale next day at another event . Whereas previously announced management will Hyeri rest of the event.

Hyeri is not the only idol that swine flu lately . GOT7 even had to cancel some of his schedule because of three personnel , ie, Jr. . , JB and Youngjae , exposed to the H1N1 virus at the same time .