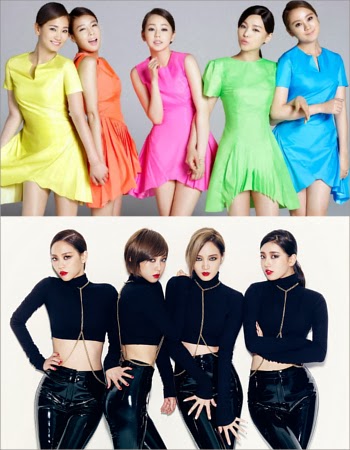 JYP Entertainment had announced it would mendebutkan 2 boyband and girlband 1 this year. After GOT7 debut , the public increasingly curious about the other group of candidates . Now new rumors about JYP girl group that is reportedly named 6Mix .

Name 6Mix the appropriate number of members that issue 6 . Although JYP still silent , but some sources claimed 6Mix will debut in April. " JYP's new girl group is scheduled to debut April, " said a source from Instiz .

Reportedly currently outstanding debut schedule is April 30th, but still no status ' not yet decided ' . As for business observer presence of new faces in the JYP will boost their earnings after the results were not too good lately .

" A lot of high expectations in the new group , including GOT7 which recently debuted and girlband named 6Mix which will debut April, " said a source other . " This year, their presence seems to be able to increase revenue agencies , including overseas sales , which is even greater. "

JYP also said to have made a contract with Baidu in China in terms of music services . Miss A's agency was rumored to have received payments from the partnership at the end of January. Even so the news is yet to be confirmed .