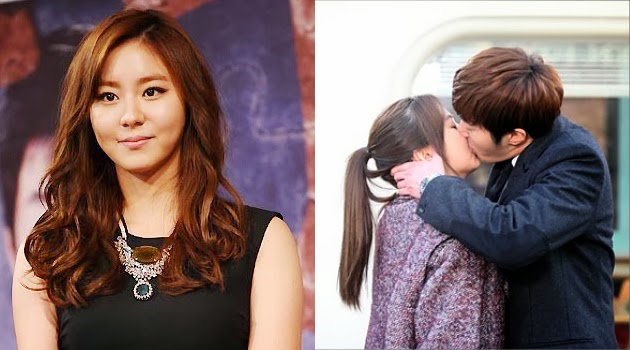 UEE After School tells about his kiss scene with Jung Il Woo in the series " Golden Rainbow " . Uee reveals that his family was shocked while watching the scene .

" They like missed because the scene suddenly appeared , " Uee said . " They just told me that I continue to work hard and straight into their rooms . My mother could only look at me and laugh . He did not say anything . "

Jung Il Woo admits that the kissing scene is quite intimate . " I've been kissing scene a few times , but this is the first time I did it with a younger actress . So I had to direct it , " said Il Woo .

Meanwhile , Uee deeply embarrassed after filming the scene . " After filming that scene , I still feel awkward . When the director says , ' Cut ! ' , I could not look in the direction of Jung Il Woo , " said the artist who had starred in the show " Barefoot Friends " is.

" Golden Rainbow " is a series that aired on the station MBC . The series is directed by Kang Dae Sun with Son Young Mok manuscript .