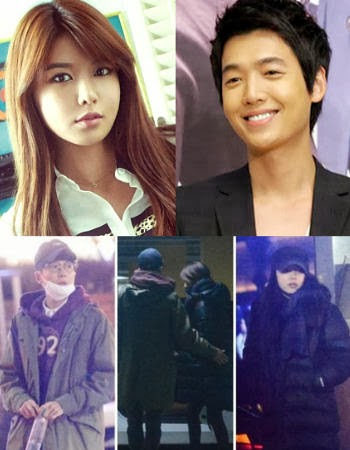 Girls ' Generation seems to be open about their relationship . After officially dating Yoona with Lee Seung Gi . This time it was Sooyoung who confirmed his relationship with actor Jung Kyung Ho .

Dating news is already circulating for a long time , precisely in February 2013 ago . But now, both SM Entertainment and Jyung Jung Ho denied the news .

Now when Sports Seoul raised the issue with evidence of a number of photos , both agencies pacara finally confirmed the news . SM Entertainment confirmed that the current relationship Sooyoung and serial actor "Sorry , I Love You " was already up to the serious stage .

" The rumors are true courtship , " said a representative of SM Entertainment . " They were close as the senior - junior last year . Their relationship is now lovers , please Bless their relationship . "

Meanwhile , the agency Jung Kyung Ho apologizes for had denied their relationship last year . Agency 's 31-year -old actor said they were just trying out the desires of Jung Kyung Ho then.

" She and Sooyoung was dating . We're sorry we did not answer truthfully when rumors emerged , " said Jung Kyung Ho agency representatives . "At that time we asked Jung Kyung Ho and he said it was not true . So we respond to such requests . We're sorry , we definitely would issue a formal statement in the near future . "