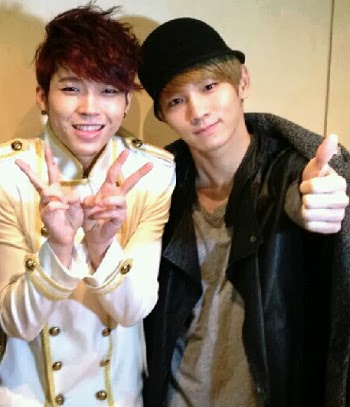 Now SM Entertainment spokesperson spoke respond to the news. " We 're talking about promotion Key and Woohyun for the unit , but no decision on details or a period of time , " he said .

This news comes when a source of South Korean music industry reveal that the two friends will debut next February with a new unit . Key and Woohyun will feature a different musical colors of SHINee and Infinite . Duo who do not have the name of the album will also be released in March or April .

" Key and Woohyun has formed a sub unit to debut in February , " he said . " They will present music and appearance that is completely different from the group . "

Netizens give mixed reactions over the news. Although many of them were looking forward to this unexpected collaboration , not a few people feel disappointed .

"What ? ? ? I'm really looking forward to it , " commented a netter . "You promised not to merge with SM Woollim artists . What is this , I do not want the unit SHINee , " wrote another netter .