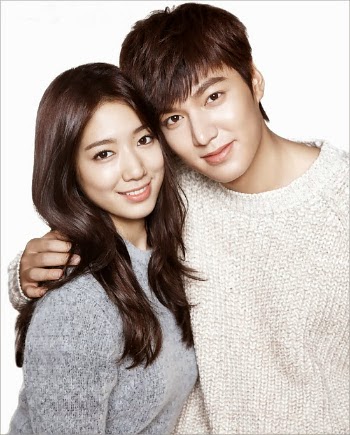 Slick appearance in the series " Heirs " seems to make Park Shin Hye and Lee Min Ho rumored courtship . Recently, they were reportedly in a relationship by a media in China.

On January 26 , Chinese media reported that the two main actors " Heirs " has been secretly dating for two months . But the media did not provide evidence such as photographs or sources . Now the agency Shin Hye and Min Ho was compact deny the truth of the rumor .

" Of course it's not true . No source of news, " said agency spokesman Shin Hye. " We do not know why the article as it was published in China . We will check through our agency in China . "

Min Ho's agency has also alleged that the news was baseless. They revealed that the players in the " Heirs " is close so it could appear like this gossip . Not a few netters who suspect this rumor due to the popularity of Shin Hye and Min Ho is high - high in China .

" There are rumors like this are also used . Nothing can be confirmed from the article," the representative said . " Tim ' Heirs ' very close to each other , perhaps because there was this rumor . "