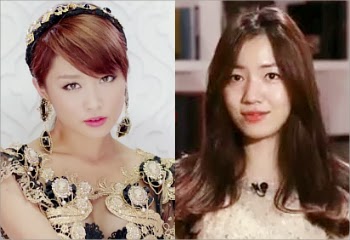 Contract with Kara Nicole has ended January 16. Various rumors about the continuation of Nicole 's career began many blows . One of them said Nicole would join together and form a duo Wellmade STARM with T-ara's Hwayoung Ex .

Wellmade spokesman STARM eventually respond to this issue . He confirmed the news they never negotiate with Nicole . But he denied Nicole has been agreed and will duet with Hwayoung .

" It is true we never negotiate on a contract about a month ago , but there has been no talk again after that . 's Not true that he had at this time we have recruited , " he said , Wednesday ( 22/1 ) . " It seems like a joke of us about making duo with Hwayoung misinterpreted . "

Nicole also revealed the parties have not made ​​any decisions about the new agency . Nicole is currently focusing training and plans to pursue a solo career in the future .

This news started when a source of South Korean music industry reveal Wellmade active STARM approached Nicole and wish he formed a duo with Hwayoung . Previously , one of the Japanese media also reported Nicole's mother pleads with Core Contents Media in order to recruit her . But this news has been denied by the CCM .