Jiyoung Kara's Leave it true reason For Going out with Supernova Member? 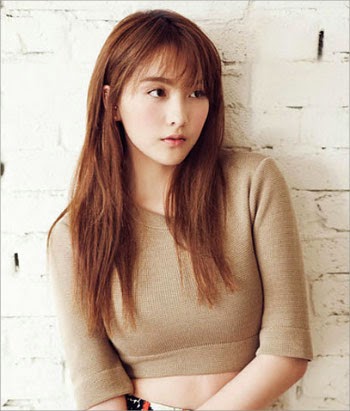 Kang Ji Young decision to terminate the contract at Kara in April caused controversy . Japanese media said that the decision was influenced lover Ji Young is one of the members of boy band Supernova .

A Japanese newspaper wrote an article titled " Is she going abroad because of his girlfriend ? Other members leaving Kara " . " In October, he had a scandal with Gunil , 6th Supernova members are well-known in Japan , " read the article.

Ji Young Gunil to cooperate with the song " Rainbow Rose " and his solo , " Wanna Do " . Gunil born in Germany and studied in the UK so that he allegedly persuaded Ji Young caught up with him to study abroad . The article also claimed to see Ji Young Supernova in concert and paper plane tattoo on shoulder Gunil be evidence of their closeness because members Kara was never claimed to like a paper airplane .

" Both agencies have not commented on this. Gunil also has said it suspicious like , ' If I had heard rumors about the artist that I like so I can not hate them ' and stop using Twitter , " claims the article content . " Rumor has it they are dating since Ji Young Gunil chase . "

While DSP Media itself admitted for the first time heard the gossip . " We have not been able to confirm the reports circulating in Japan . We do not know anything and will investigate it , " said a spokesman for the Daily TV .