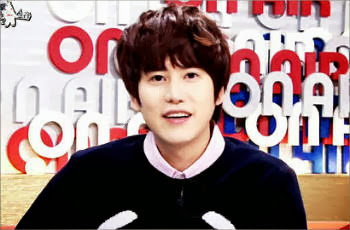 Kyuhyun Super Junior's is quite surprising to comment on " Radio Star " . In the latest episode of the show, Dal Shabet Subin who guested asked about romance in his eyes .

" This is not about me but opara man . I have a few questions about the man . Standard I'm curious about a man on making out on a date , " said Subin . " Usually when a man and woman love each other they are dating then just touching each other, holding hands and kissing . 'Cause I 've got five unnie then I can be a lot of input . Indeed, there are some couples who can direct intimate instantaneously before a date . "

Kyuhyun suddenly leave a comment which is quite surprising . Super Junior 's maknae revealed that one of his female friends never told him today many couples who have sex first before deciding on a date .

" What is surprising today , they do it like this . This story comes from one of my female friends , " said Kyuhyun . " They will see first how in bed , if suitable , they will be the new date."

Hearing this comment , Kim Gu Ra rush to respond . "I do not know where he heard this shocking story , he was a strange child . Perhaps because eventually you're much hated , " said Kim Gu Ra kidding . Kyuhyun then immediately tried to correct his comment , " I mean the fact that these days people are more open when it comes to making out with a partner . "

Comments Kyuhyun is also invited a number of responses from netizens . "I think Kyuhyun right , probably should not be kissing and sex could be others , " said a netizen . " I can understand the point , but he should not give other examples like that , " said another netter .