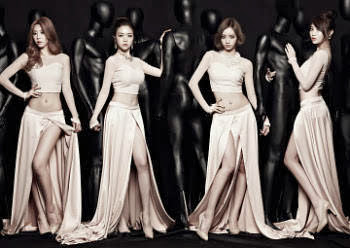 Trends in K-Pop girl group concept has now shifted from cute to be sexy . One of them happens to Girl 's Day who started using the concept since " Female President " , June 2013 . Although it had received a flood of criticism , they honestly claim to being called sexy .

" There is a movement in which we rubbed with fur leg . Honestly , we like to be considered sexy , " says Girl's Day . "We're just trying to show art and hope people do not see it in the negative despite the controversy . "

" We 've been thinking about this concept since last year , " added the CEO of Entertainment that houses DreamTea Girl 's Day . " Because they can not just rely on it quite difficult to set limits with their choreography and costumes . "

Dal Shabet who had just returned with a similar concept through the single " BBB " also provides self-defense . Girlband who debuted since 2011 is considered their sexiness including adult and charismatic . Ahyoung also assured fans they will be accepted and will not embarrass themselves through the image .

However, many netizens apparently disagrees with Girl 's Day and Dal Shabet . They worry that their actions will be emulated by the children . " They call it art but when I worried about what people think when they see my nephew , " commented a netter .