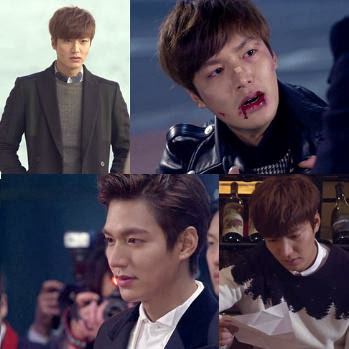 Lee Min Ho reportedly suffered injuries while filming the series "Heirs" ("The Inheritors"). When filming a fight scene, Min Ho was wounded in the mouth.

Fortunately, the injury was not too severe. Actor "City Hunter" is directly compress with ice so that his face was swollen. After that, Min Ho straight back to continue filming.

The series tells the story of a rich heir, Kim Tan, and the poor girl, Eun Sang. The two met by accident in California, United States. Since then life the two are related to each other.