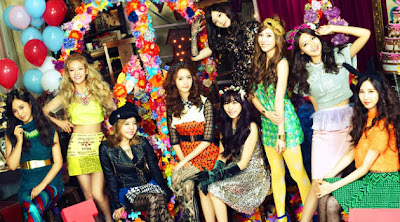 Circulating rumors of Girls ' Generation will comeback in early 2014 to make fans excited . Even more surprising , they are rumored to be back with a more masculine concept in his new album . SM Entertainment also acted quickly respond to these rumors .

" Girls ' Generation is in preparing comeback scheduled to be held early next year , " said a spokesman for SM Entertainment , Saturday ( 7/12 ) . " But the exact date has not been determined . We will disclose the details later when the existing schedule . "

However , SM Entertainment has denied the concept this time is masculine . " Although not masculine , you will be able to see a new side of Girls ' Generation , " he continued .

The previous rumors mentioned that SNSD already chosen a single pledge from his latest album . Music video also has begun to be made since 6 December.

SNSD is currently busy with the preparation of their new Japanese album , " Love & Peace " . The album contains 12 tracks will be released Dec. 11 .