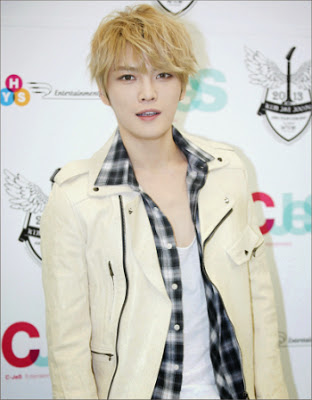 Currently Hero Jaejoong was busy touring to promote his solo album . In a concert in Osaka , Japan , on December 17 , he will undergo indicate draftee next year .

The issue of the schedule continues to be heard Jaejoong draftee since 2011 . At that time he was known to have completed the physical tests , but Jaejoong delay draftee in 2012 . Then after it was rumored again Jaejoong will draftee end of this year .

Since it was not known again when the certainty of the series " Protect the Boss " will be in charge of the army . And now Jaejoong mentions about the army during a concert . Although not mentioned explicitly , but it seems he will draftee in 2014 .

" My schedule for next year has not been decided , but I should be back here next year , " Jaejoong said . " Next year I do not have much time and had to go in the army as well . "

" If I draftee later then I would not be able to campaign for 1.5 years , " said the singer and actor . " But I think that time is not too long and I'm not afraid , because my fans will always be by my side . "