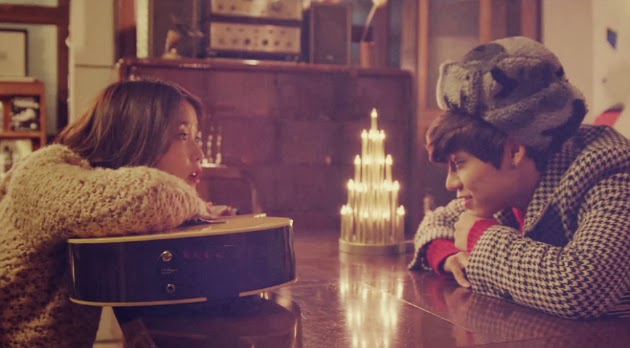 The music video duration 3 minutes 52 seconds starring Jang Ki Yong models that also appeared in the music video of "The Red Shoes " . They played a pair of lovers and was kissing in one scene . Another surprise is given by presenting Jang Hyun IU Sunny Hill and Yoon Sang Hyun in this video .

" Friday " was written and created by IU herself . This song tells the feeling that IU can not wait for Friday to get to meet her lover .

" Friday " is one of two new songs on " Modern Times - Epilogue " in addition to " Crayons " . In total there are 15 singles in this repackage album includes songs from the album " Modern Times " .