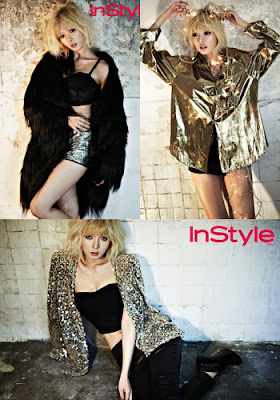 HyunA and Hyunseung quite make publicly speculate as real lovers when she appeared as a Trouble Maker. HyunA himself admitted happy if the display of intimacy with the Beast members look like a real couple .

The statement was made HyunA while posing for the latest issue of InStyle magazine . There he reassess his comeback as a duo Trouble Maker with the single " Now" . 4minute members said satisfied with the result because it looks so real .

" Chemistry- I with Trouble Maker Hyunseung oppa as I gave a value of 100 from the value of 100 , " HyunA said . " I worked very hard to show the concept of couples suffer and thanks to him ( Hyunseung ) , so we look like a real sweetheart . "

Trouble Maker is shocking the public when performing more intimate in MV " Now" . Many netizens who believe they are dating for real , as did the notion Kim Heechul of Super Junior . " While watching the MV I think ' not this will not happen if they are not really dating ? ' " He said on the show " Ssul Jeon " .