SNSD Tae Yeon Like to Drink Beer Alone When Stress 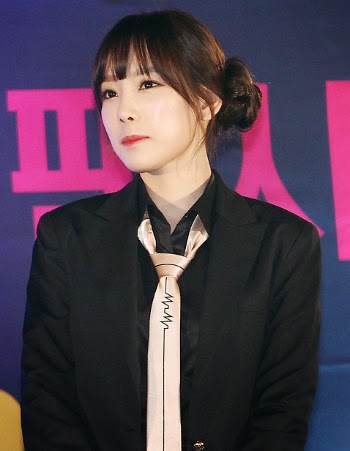 Tae Yeon revealed her feelings when Girls ' Generation to appear on " Healing Camp ". He discussed the difficulty and it does when under stress.

" After I debuted at a very young age , I was kept busy with lots of activity then I realized it was already far gone, " said Tae Yeon. " Until now I still feel like 21 years and did not grow at all."

Tae Yeon later revealed that experienced hard times during the year when there is no activity SNSD . It happened because he was the type who always works hard and is very detailed . He also feels stress and people around him can not help him feel better.

" I can not leave the house and unable to sleep because of the many thoughts in my head . So I drink alone be able to sleep again, " he continued. " But instead of a bottle of alcohol . Was just a can of beer."

" When I asked for advice from people around me they just say, ' But you're right SNSD ' and I even asked the senior also answered ' Your time is now good . You will have a better life ', so I do not know what to do, " said Tae Yeon makes Hyoyeon sheds tears.