Jaekyung Rainbow Not Regret Decline Not a Kara member Again 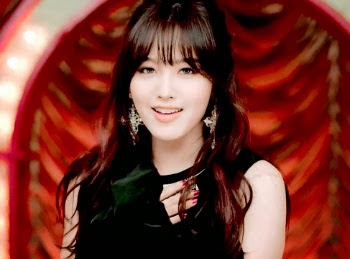 One member of the Rainbow exposing himself almost became a member of Kara. Jaekyung say when appearing on the show " Full House " and do not regret having turned down an offer to join at that time in Kara.

Rainbow is a group of care DSP Media which is also home to Kara . Jaekyung own live long in the DSP trainees to debut with Rainbow . It turns out then that the agency offered her a member of Kara 's debut earlier than Rainbow.

However Jaekyung rejected the offer because they feel like family with other Rainbow members . Ration position eventually replaced Goo Hara and Kang Ji Young.

" 10 years ago I joined Kara agency, " said Jaekyung. " During the training period as a member of the Rainbow I was offered by the company to be a member of Kara , which means I can soon debut if accepted it. "

" I declined the offer at that time because I'm sure Rainbow will be a success, " continued the host variety " God of Victory " is. "The members of Rainbow are like my own family so I do not regret that decision. "