Ga-In : Gossip Is The Most Bizarre Dating with Jo Kwon 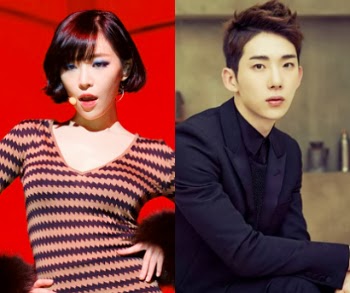 Ga-In Brown Eyed Girls has starred in " We Got Married " in 2009 with 2AM's Jo Kwon . Good chemistry between them finally make both rumored dating . Now Ga -In reveal their opinions about the issue.

In the appearance singing on MBC music show " Music Picnic Live " , Ga -In regard gossip going out with Jo Kwon is a strange thing . Among the many rumors that happened , the singer of " Fxxk U " it was the most absurd rumor is a date with Jo Kwon .

" There are rumors saying that Jo Kwon and I ate together in Paju . , But the only place I visited in Paju only the set , " said Ga -In . " I then realized that the rumors are really just made ​​up. "

Not only that , apparently Ga - In also received a lot of negative comments netizens because Jo Kwon . " By far the worst online comments I received were related to dating rumors with 2AM members , " he added .

In addition to rumors that he considered absurd , Ga - In also discuss rumors according to which the most " cruel " . The issue is news saying that he accidentally left a successful solo career BEG sake alone , and after that will move the agency .