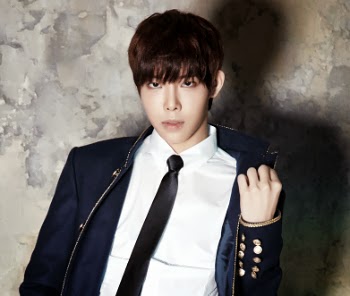 Admission scandal has utilized a transgender member of idol boy continues. Hon MR.MR After issuing denials , the woman now claims to have lied. Previously, transgender woman claimed on Facebook that have a relationship and living with the member idol group that appeared November 2013 . Hon later admitted to her friends but not dating and denied all the allegations negative . Includes footage of the existence of a sex tape and get money the woman.

Through an interview with Sports Korea , the woman said it was making up stories and drunk while writing the post . He claimed that Hon hurt by the ignition cut off since his debut with the group . He also has made Hon apology is in trouble is because of him. " All the words that I write is a lie . Apologies to Hon and all those around him as a result of this, " the woman said. " I never thought something I wrote while drunk will cause problems of this magnitude . Than that no sex videotape. "

" I do not call the Hon stress and getting away since become a singer because we were so close before. I'm sad he became a singer , " he continued. " While the story I wrote was about my friend the other. Story so like it because I was drunk. "

The woman claimed to have known Hon since the age of 19 years and had a sex-change operation. He also denied a relationship with Hon. " Hon understand me and support me when I had surgery. Really sorry I made ​​my best friend so hurt, " he said. Fortunately, Hon already contacted his friend after this scandal . The woman is pleased to Hon no dispute about this and apologize cut contact after the debut . Women are also hoping not brought to justice because the agency had threatened to sue MR.MR .