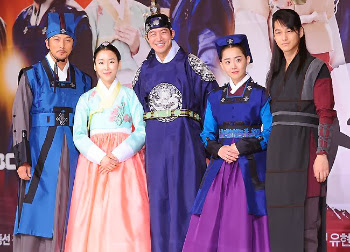 Bad news came from the series , starring Moon Geun Young and Kim Bum , " Goddess of Fire " . Saeguk series is reportedly not paid off the cast and crew of payment . The news was delivered by Moon Geun Young's agency representative .

" Although it 's been 2 months since the drama finished airing , the players have not received their payment in full , " said Moon Geun Young's agency representative . " When you add it to the payment of the supporting cast , the total is very large . Fact as yet unclear whether the salary will be paid this year . "

" Not only the stars , the crew has not paid them , " he added . " When compared with the actors and actresses , in fact the crew also need it because their lives depend on it . "

" Payment of salaries of players was delayed because of the series of sales agreements in foreign countries was much longer than we imagined , " said a representative of K - Pax . " We are trying our best to resolve this issue . Soon after we got the money from the sale of broadcasting rights abroad, we certainly pay for it . "