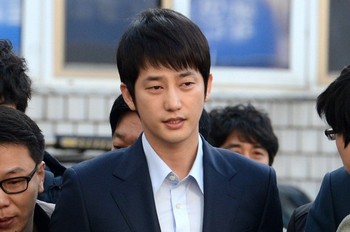 Cases of alleged rape that happened to the handsome actor Park Shi Hoo continues. More recently, the police admitted late in submitting the case file to the Public Prosecutor.

Seoul Western District Police Department in charge of the case announced they delay today, Friday, March 29. Previously, they said it would submit the case to the Public Prosecutor's office in late March. But now they announced it would delay until at least early April.

There are several reasons that they put on these lengthy delays. Start of Shi Hoo investigations are pending, awaiting the results of a lie detector test, and a few of them.

But the police said they would investigate the case properly and fairly. They estimated the case submitted to the Public Prosecutor in the first week of April.