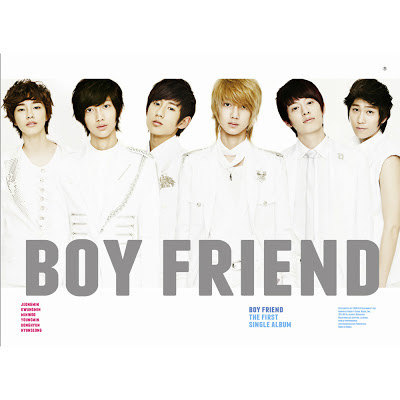 Boyfriend recently made their debut on the show M! Countdown on May 26 this year. Debut single titled "Boyfriend" that is the result of collaboration as a songwriter Brave Brothers, choreographed by dance team DQ, and video clips homemade Jo Soo Hyun marked the beginning of their progress in the music world. Last October, Boyfriend comeback again draw attention to the "Do not Touch My Girl". Cute face, looks fresh, joyous music and video concept that teenagers really be a powerful weapon attract fan girl. In quick time, Donghyun, Minwoo, Youngmin-Kwangmin twins, Hyunseong and Jungmin fans gather immediately called Girlfriend (for women) and Bestfriend (for men). Two days before his debut on the stage, the official forum Boyfriend already collect a thousand members, and even video clip "Boyfriend" watched a million times in a week! Image similarity phenomena and make Boyfriend mentioned as the next SHINee. 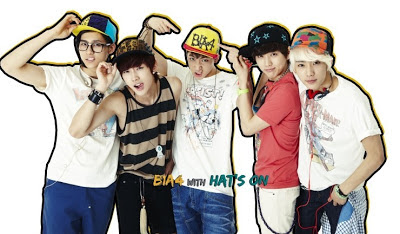 B1A4 one of the most fresh boy bands this year. This group name can mean "Be The One All For One" or refers to the blood group of the personnel: 1 Blood Type B and 4 blood group A. Their appearance in April is unique. Their agency, WM Entertainment, released through webtoon B1A4 personnel profiles or comic character published on the internet. Five personnel were faced cute - Gong Chan, Shin Woo, San Deul, Jin Young, and Baro - instantly recognized through the album Let's Fly with a single "OK" and "Only Learned The Bad Things". Furthermore, the second album titled It B1A4 was released September 16. And the personnel B1A4 still carrying colorful sweet concept in video clips flagship single "Beautiful Target". B1A4 popularity increased after holding a fan meeting and mini concert in a number of countries in Asia. 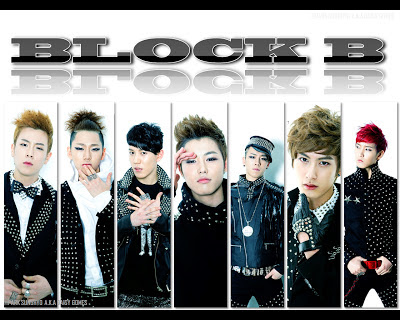 Block B boy band's most controversial this year. The group produced by Cho PD under the label Brand New Stardom's debut 15 April through the stage on KBS Music Bank with the song, "Freeze!" After a single album Do You Wanna Be? released April 14. Composed Zico (Woo Jiho), Lee Taeil, B-Bomb (Lee Minhyuk), Ahn Jaehyo. U-Kwon (Kim Yukwon), Park Kyung, and PO (Pyo Jihoon) Block B graced the musical genre of hip-hop in Korea. Name Block B stands for Blockbuster, according to their passion for creating hits in the K-pop music industry.

Cho PD spent $ 1.4 million to form this group in a project called "Project Creating Eminem Korea". No wonder the emergence of Block B could reap the sensation, because "Freeze!" Whose lyrics express the love story of unhealthy youth, Youth Protection Commission banned. This means that the song "Freeze!" Should not be sold to teenagers under the age of 19 years and the video clip should not be aired before 10 pm. Furthermore, Block B promotion for their second single, "Wanna B", whose lyrics were more "safe" heard teenagers. On June 23, Block B releases first mini album, New Kids on the Block, the flagship single "Tell Them". Block B attract more attention since appearing on MTV Match Up! on June 22, where Block B is introduced as a group along with newcomer B1A4. 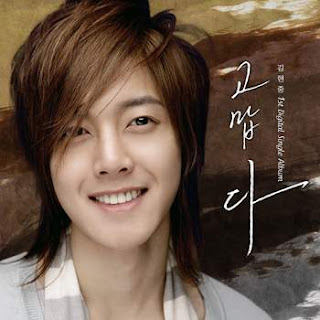 Old faces, new concept. Yes, a long time crisscrossing the music industry with the group SS501, Kim Hyun Joong new solo career this year. Leader of SS501 group can be regarded as the most successful Korean solo singer this year. His charm after starring in the series Boys Over Flowers and Playful Kiss may be one of the pushers for the fans. His first solo album, Break Down, became the best-selling solo album this year. Based on the sales chart on Hanteo, the album Break Down sold over 80 thousand copies in just two weeks after it was released on June 8. The numbers continue to grow to exceed the sacred number 100 thousand copies, a month after it was released. It's spectacular, given the addition of TVXQ and Big Bang comeback earlier this year, there were no penetrating solo artist album sales to 100 thousand copies. Last October, he released his second mini album, Lucky. Luck was on his side. This album was ranked as the 5th Billboard released. Dal Shabet group first female singer who debuted in 2011. Consisting of six personnel - Viki, Serri, Ah Young, Jiyul, Ga Eun, and Subin - Dal Shabet producer E-Tribe was formed under the auspices of the label Happy Face Entertainment. Video clip of their first single, "Supa Dupa Diva" was released January 3, while the campaign began running through the show January 6 M! Countdown, followed by appearances on the show Music Bank, Music Core, and Inkigayo. The song "Supa Dupa Diva" was quite successful as his debut and made it into the top 10 on several charts. And earlier this year, K-pop lovers attention is being focused on Big Bang's comeback solo project preceded Seungri, Daesung, G Dragon and the duo also TOP Dal Shabet released a second single album, Pink Pocket, on 14 April, followed by a comeback with the single "Bling Bling" on August 7. Dal Shabet so far has not released a full album or a mini album. However, compared to women's groups newcomers this year, three singles mainstay Dal Shabet rank quite well.